Zach King is a video guru. He has been producing video since he was a young child and continues to enough creating video content for his audience on YouTube. Zach King videos is known for presenting content that gets millions of views and goes “viral.” How does he do it? In this post we will discover the secrets behind Zack King’s Video Magic and viral success. 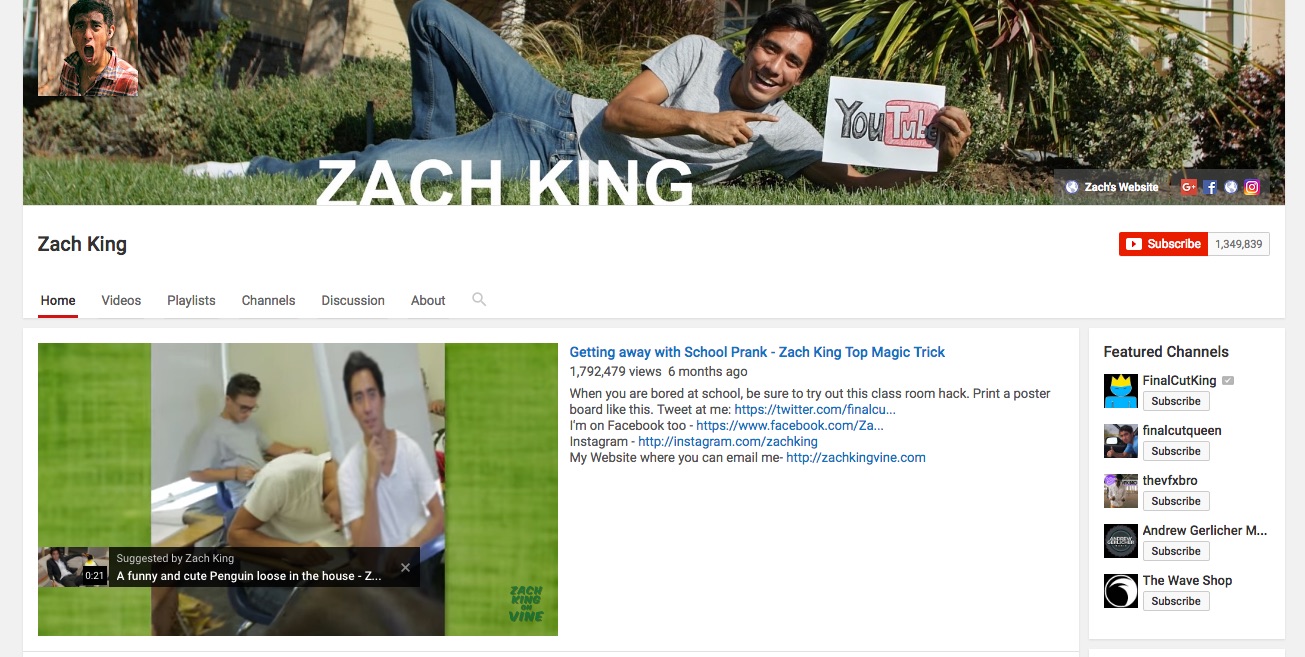 Zach says on his site that he started learning about filmmaking when he was 7-year-old to film family events. He fell in love with the process of video creation then and there, and his passion has continued into the present day.

He attended film school at Biola University and then started his Zach King YouTube channel where he began posting his film projects.

He created a video called “Jedi Kittens” one night and woke to discover that it had gone viral overnight with almost 100 million views.

He relies on YouTube as his primary platform, but he also used the Vine platform as well. He has dreams of creating movies for the “big screen,” he says on his blogs.

How does he do it?

Zach King is highly successful with his videos on YouTube. His work features six-second videos that are editing with digital technology to look as though he is doing magic. He refers to this as “a digital sleight of hand” and considers himself like a magician.

He has used the Vine platform for creating much of his following, but his videos on YouTube have millions of views as well. 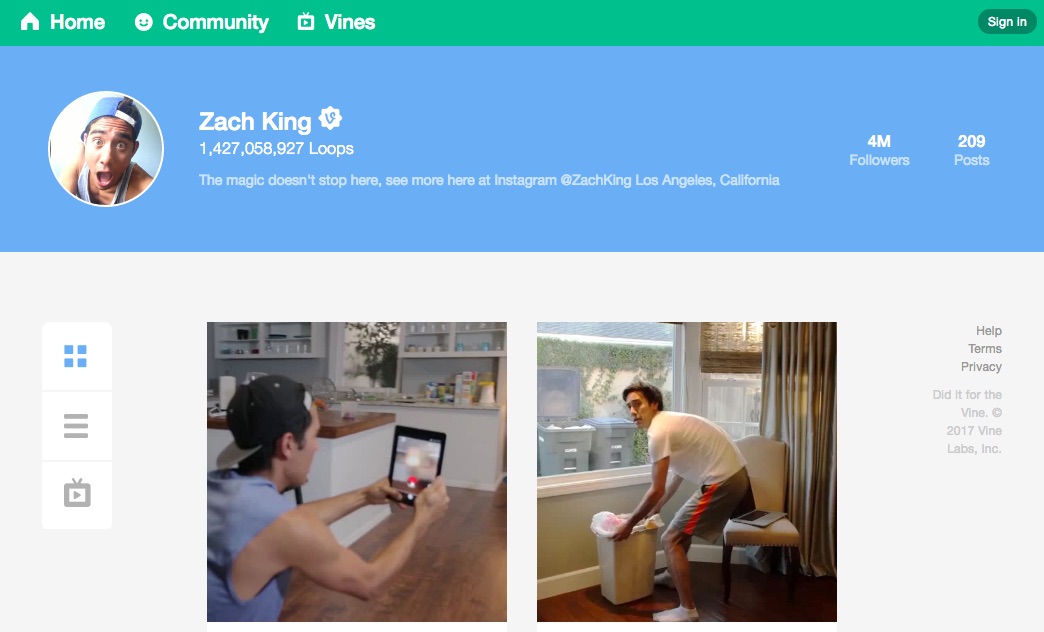 In 2010, he won first place in an HP commercial content and got an invitation at the London Film Festival. Then in 2013, he won YouTube’s NextUp Creators Contest which helped further his career in video creation.

When we analyze Zach’s success, we see that he has often taken advantage of what is going on in the culture and used that to create content that viewers can relate to. In 2011, he posted the video, “Jedi Kittens” on YouTube which featured two cats going to battle with lightsabers from the famous “Star Wars” movies.

“Jedi Kittens” gained over a million views in three days. Later, it escalated to 14 million views. Zach noticed how people enjoyed this satirical take on an already viral theme (“Star Wars”) so he continued this idea with a sequel entitled “Jedi Kitten Strike Back.” This second video gained him a whopping 17 million views!

Zach’s creativity and innovative spirit, coupled with his attention to important trending topics and cultural icons, has helped him achieve a level of success that wouldn’t have been possible in the past. So what did Zach do to achieve this?

He took advantage of two platforms: Vine and YouTube, which offered him the ability to host his content on their sites and gain millions of views. He was observant about the things going on in the world and culture. He took note of the emerging return of popularity of the “Star Wars” movies and focused his attention on that.

Finally, he also used his technology, his digital software, and creative ideas to create the unique videos that are highly entertaining and engaging to the viewer.

Zach King was named by YouTube as one of the 25 most promising young videographers and filmmakers in America in 2013. YouTube awarded him $35,000 and a trip to New York for the NextUp Creators content.

The Secret of Zach’s Success

Zach King has created his success by some different strategies. He has paid attention to what people want and like. He has tapped into themes (such as “Star Wars” and “Return of the Jedi”) that were popular among his viewers and used his abilities and creativity to create something original from his tools and resources.

He uses Final Cut Pro, a popular video editor that allows you to create original digital videos that you can share on any platform in multiple formats. He also uses his animation software that he uses to create unique animated videos.

View some samples of Zach’s animated videos here. This link also shows you a video about Zach’s life story that he shares in a creative way in this video.

His technique involves bringing in fictional elements to combine with real-world events. His unique way of creating his animations coupled with his attention to engaging material has made him one of the most significant modern-day video makers in the country today among young filmmakers.

Could you try to focus on what is popular among your most avid viewers?

Is there some way that you could pay closer attention to what your customers want to cash in on some of what Zach has discovered?

Considering the purpose of your videos is the first step to creating engaging content. Zach King’s purpose in his videos is to entertain. That will not be your primary goal as a business owner or content producer. But creating engaging and entertaining content for your target audience will help you to increase your results in your content marketing techniques.

Zach King has tapped into what people want. He has done it by being observant about what people like, watching and monitoring his views and stats, and continuing to create quality entertainment for his viewers.

You may not make your videos go viral. But if you start with quality animations to tell your message, you’re off to a good start. You don’t have to have millions of views, as long as what you put out resonates with the majority of your target audience.

It all starts with a great animated video. Whether you want whiteboard or character animations, we can help you achieve what you want in your customized video messages. The important thing is that you do something that gets your brand out there in a positive way. So watch Zach’s videos and see if you get some inspiration from that. Then start planning your videos.

If quality animations are what you need, contact us at animatedvideo.com.